Our ecosystem provides interactive and safe infrastructure for artists, NFT creators, NFT collectors, brands and enthusiasts of them. MANZA.io only publishes exclusive digital assets of Verified NFT Creators and artists that have been approved by consultant curators. MANZA.io provides multi‐factor protection against possible security breaches in crypto wallets, so NFTs are safe on MANZA.io.

Furthermore, MANZA.io also establishes long‐term relationships with brands, famous names and all kinds of agencies, and develops projects and strategies for their strong and stable presence and representation in the Multiverse.
MANZA.io has set out with the aim of creating a community that will bring together artists, NFT creators, collectors, enthusiasts and business partners with various experiences, not only in online channels, but also in hybrid form. Within this context, manza.io community members enjoy numerous benefits, including exclusive access to invaluable experiences, events, products, services and opportunities.

MANZA.io is a new generation creative ecosystem that brings together the digital world shaped in a completely different direction and the digital assets under categories such as art, culture, creativity, entertainment, design, games and sports, in an understandable, easily accessible and most importantly safe way and with the aim of contributing to the creative economy that offers directly to its enthusiasts without intermediaries.

Unlike other new generation platforms, MANZA.io integrates the artists and the digital assets created by NFT creators into its ecosystem with the guidance of a

curator team. While preserving the values of artists and their works, it also establishes a strong and prospective infrastructure for enthusiasts and collectors.

Unlike other new generation platforms, MANZA.io integrates the artists and the digital assets created by NFT creators into its ecosystem with the guidance of a curator team. While preserving the values of artists and their works, it also establishes a strong and prospective infrastructure for enthusiasts and collectors. 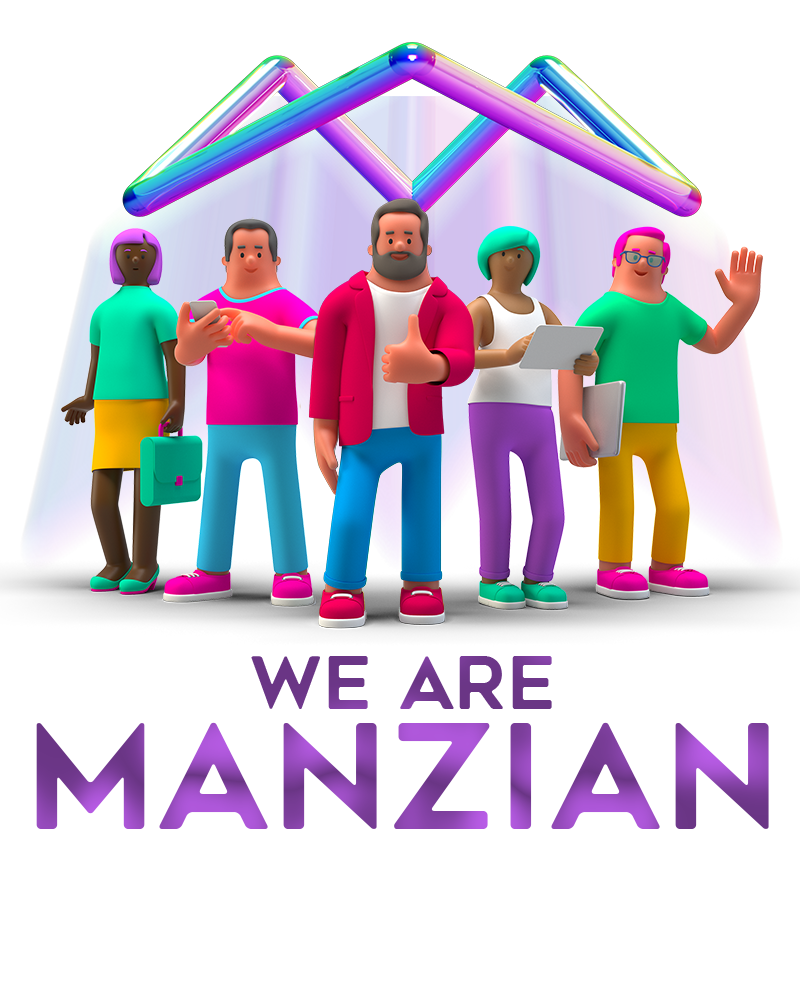 Our story begins again with web3.0, when four 20‐year‐old friends with the same perspective on life gathered under the same roof and decided to combine their work experience, reliable brands and friendships in the industry.  The internet that started in the 90s, as it is called today web 1.0, created its own special brands and names. The most famous of them was netbul.com, which was founded at the end of the 90s and later made history as Turkey's first .com sale.
Elif Dağdeviren, one of the founding partners of Netbul.com, continued her journey, which she started with her partner and a small team with enthusiasm to transfer her experience from traditional media to the internet world, with a process and sales that would become news all over the world within two years.
Netbul.com was first born with a cd.rom called Klik. The Klik consisted of a cartoonish city and areas such as cinemas, markets and parks in that city. This cd‐rom, which was thought to be the transfer of the content of a magazine, has been moved to the web 1.0 world as netbul with the accelerated internet infrastructure connection. Thus, Turkey's most powerful search engine, the first online news agency, the first niche sites such as netbul children, netbul food, netbul games were born. It was sold while a different e‐commerce infrastructure was being worked on.
Murat Canbaz was the other one of the first two names who started to work at Netbul.com. Murat Canbaz was responsible for all visual design and development of Netbul. Together, they made many innovations that had no equivalent at the time. After the sale of Netbul.com, Murat Canbaz stepped into web 2.0 with the D4D agency he founded with his partner and created the Gazogen realm, which was perhaps one of the first models of today's Metaverse. A socialization area was born, where you could dress up avatars, sell clothes and accessories, do all of this with their currency, the Crown Cork, and became famous among the youth of

the period. Canbaz later left his partner and established his own digital communication agency, EuroDMC, and developed the internet strategies, web positioning and strategies of dozens of brands and names, including those who have not yet met the internet in Turkey.As well as the world, Turkey started to meet with crypto assets in the 2010s. Ahmet Hakan Özgür, who has pioneered initiatives such as iştelezzet.com and swap coin, opened Turkey's first cryptocurrency exchange platform with his entrepreneurial character and experience in decentralized internet initiatives and his grasp of Blockchain technologies. Believing that crypto assets are the most important issue of the future, he continued to develop various projects and collaborations, especially DuNFT, in order to contribute to the growth of the ecosystem in his journey to provide sectoral solutions with developments on smart contracts and unique NFT protocols.
‍
Volkan Çelik, who worked as the designer, strategist and project director of the first internet initiatives and the web formations of many famous names of the sector in Turkey, worked as a project leader in product user interface concept developments on Web 2.0, iOS, Android and Smart TV platforms. He worked as the Marketing Director in the Tourism and Defense Industry. He established his own company for the prototype production of Automotive, White Appliances, Defense Industry and smart devices and provides products and consultancy in this field.

Years later, these four came together with the call of Elif Dağdeviren and decided to develop pioneering and reliable business models and projects in web 3.0 by gathering all these and other experiences, reliable brands and friendships in the sector under one roof. With the first of these projects, MANZA.io, they took their first steps strongly to the METAVERSE, MULTIVERSE and NFT Marketplace.